"P.S. 13 is a collaborative learning community wherein the parents, students, and staff members have a voice and responsibility in the continuous shaping of and adherence to high expectations, processes, and systems that ultimately result in the social and academic growth of every student." 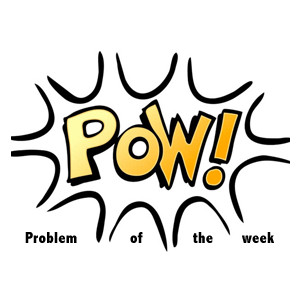 The Readers Are Leaders Program challenges classes in Staten Island's schools to read a minimum of six books at or above grade level during the five-week period of February 18th through March 25th. One "exceptional" reader will be chosen from each school to be recognized at a ceremony in May. Since its inception in 1996, students have read more than 690,000 books for the annual challenge.

In addition, a new component has been added to the challenge this year. As a partner program and expansion of the successful Readers Are Leaders, Borough President Oddo also kicked off a new “Readers Are Leaders Jr.” program, challenging 1st graders to read “Mikey and the Dragons” by NYT bestselling author and former Navy SEAL Jocko Willink, along with one book of their choice. This program will run concurrent to the fourth grade program.

As an added bonus to the challenge, any student who reads Mike's book series, "The Magic Shop," and writes a book report about one of the books will be considered for a special prize.

Students who participate in the 1st grade “Readers Are Leaders Jr.” challenge will be required to read " Mikey and the Dragons " by Jocko Willink. The Borough President's office distributed over 1,500 copies to participating schools throughout the borough.

“While you guys are all reading your 6 books, I am going to do my part and read a little for me. I am blessed to work with people at Borough Hall who also love to read. We got together to think about how we could make this program even better. So we decided to expand ‘Readers Are Leaders’ to the 1st grade with a ‘Readers Are Leaders Jr.’,” said Borough President Oddo. 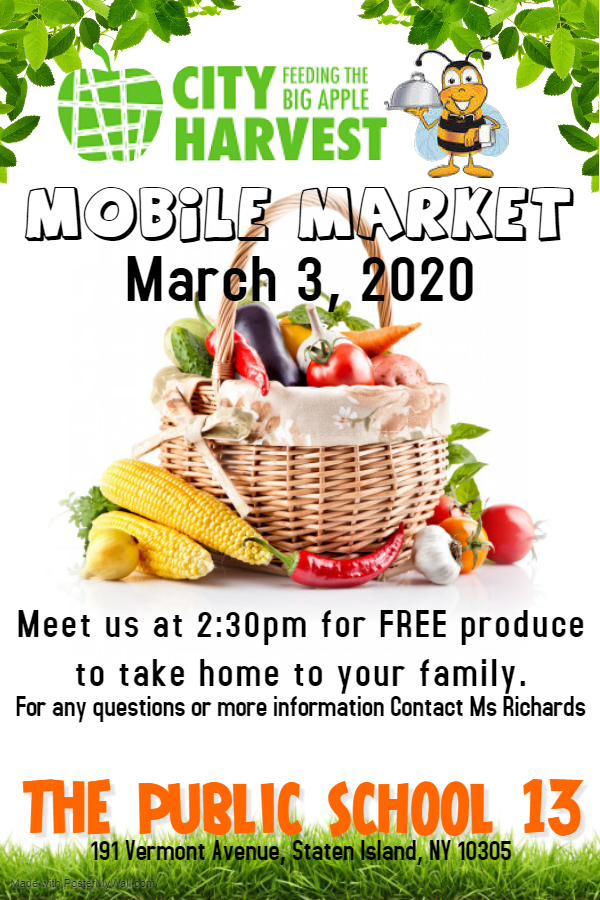 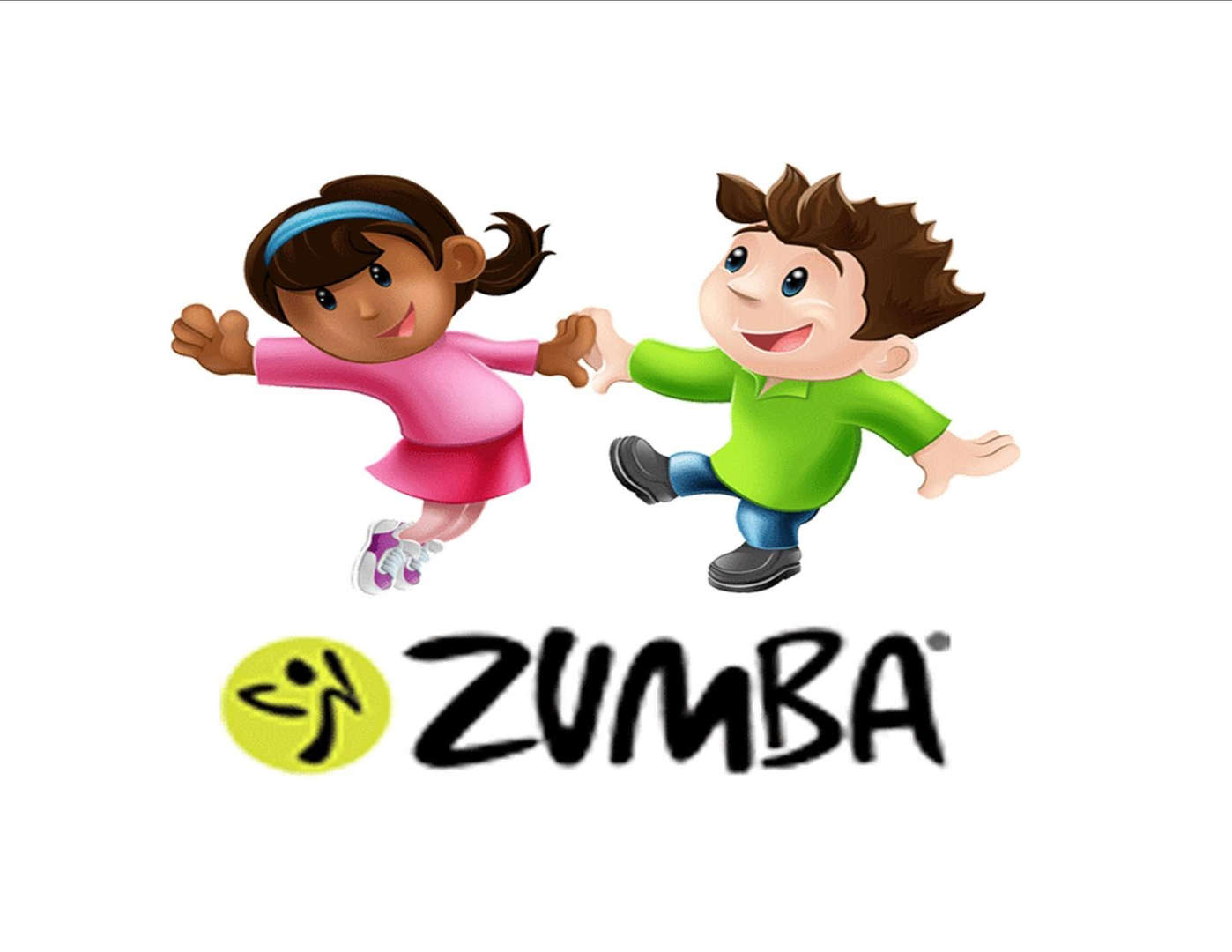 Our students will be participating in a Zumba class for

part of their gym curriculum from March 9 until the 13th.

Please come and join them... look below for the schedule! 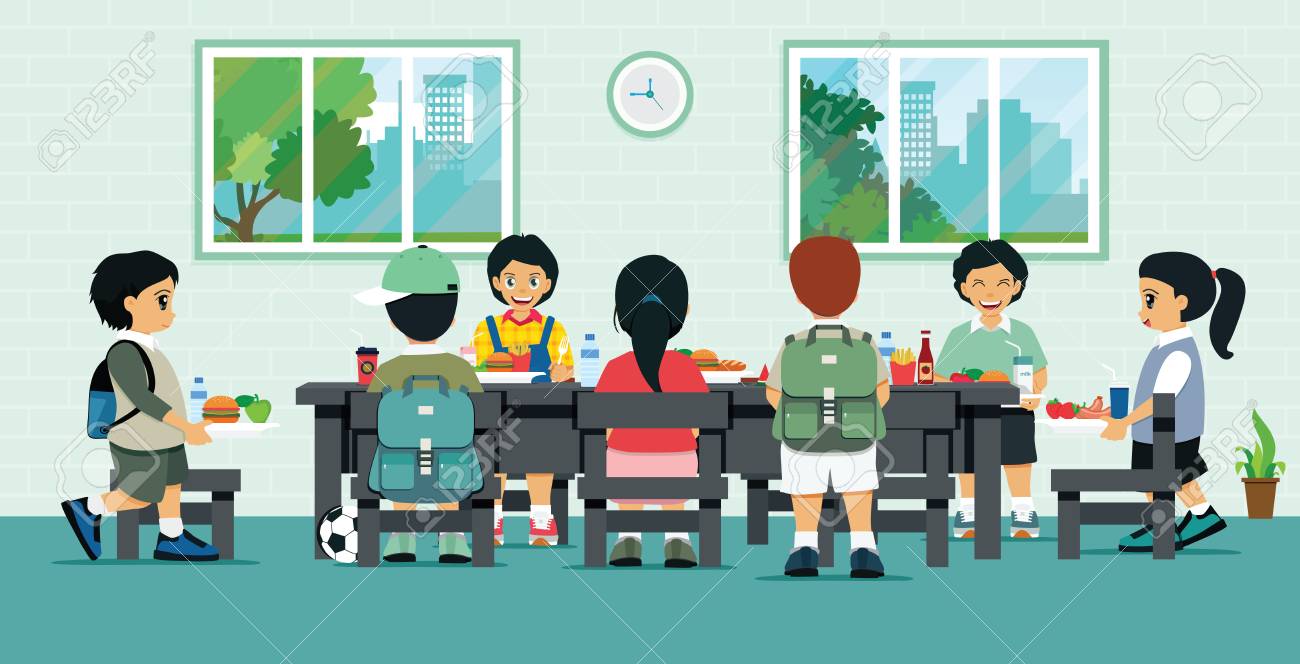 Here's what we are eating!! 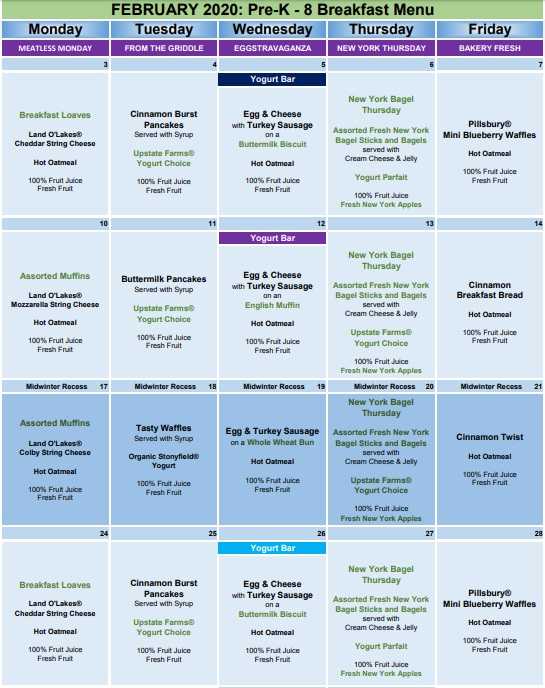 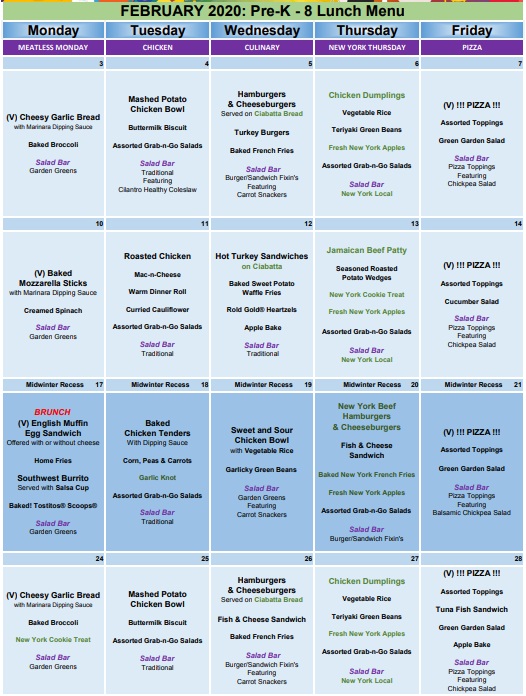 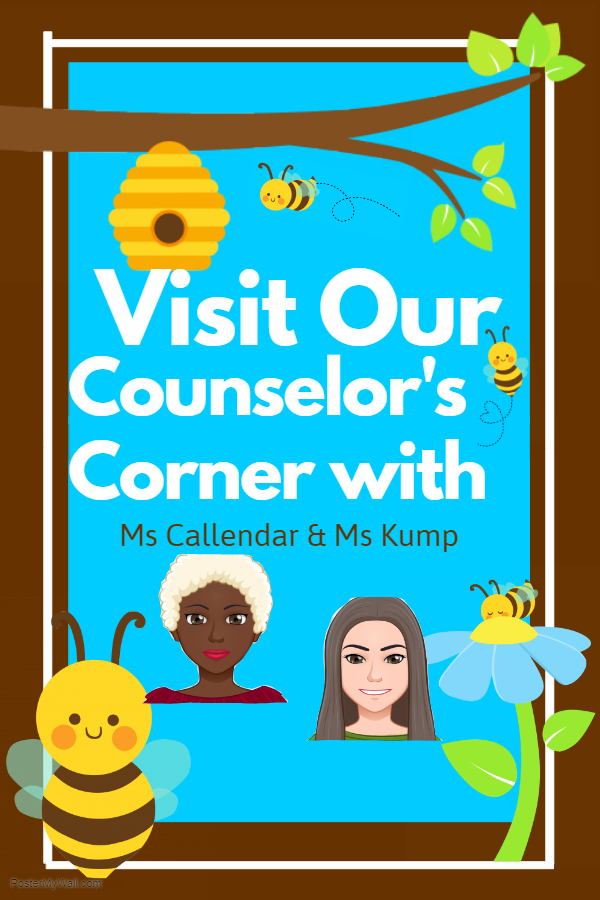 Tips for Teaching Diversity in the Home

Recognize That Your Child Isn't Color-Blind

As they grow, children look for cues about what different appearancesOpens in a new browser tab mean and which ones matter. They quickly realize that some things– whether someone wears a hat, for example – are irrelevant while others, such as sex, are significant because we talk about them constantly ("Boys line up on the left, girls on the right"). What about race? Obviously, we don't say, "Good morning, black and white children," or "Asians, go get your backpacks." But even if you never say a word about ethnicity, racial distinctions are plainly visible to kids. "Many communities are highly segregatedOpens in a new browser tab, which children notice. You'll be driving through town and your preschooler is thinking, 'Oh, here's where the Chinese people live”.

Children's tendency to assign traits based on race accelerates in grade school. So if all the teachers at your child's school are white while only people of color work in the lunchroom and handle security, the inequity will not be lost on your kid. By age 7, most African-American kids believe whites are more likely to hold high-status jobs, according to study findings. "If you don't change your kids' outlook when they're young, they'll come to their own incorrect conclusionsOpens in a new browser tab,"

Are you talking about these differences? Probably not.  With a child who is 3 or 4, you can explain that people come in a variety of colors, shapes, and sizes. "You could even try holding up a green apple and a red apple". "Say, 'They look different on the outside, but they're both apples on the inside, just like people.'" Seek out opportunities to demonstrate your respect and appreciationOpens in a new browser tab for these contrasts. You might say, "Look at that girl. Aren't her braids pretty?" or, "Did you hear that boy speak Italian to his grandma and then English to his friend? I wish I could speak more than one language."

If your child asks something that makes you squirm, do your best to respond matter-of-factly.

Explain about Stereotypes and Racism

Kids already have certain biases about other cultures by age 5 or 6. Don't be surprised if your child repeats something derogatory she heard at school and asks, "Why do Muslims hate America?" or perpetuates a stereotypeOpens in a new browser tab by saying, "All Jews are rich." When she does, let her know that while some people in a group may seem to fit a certain description it doesn't mean everyone is that way, that's your cue to introduce the idea of discrimination: "Sometimes people decide that everyone with dark skin is mean or that people who aren't white are bad. That's wrong, and it makes me sad. It's not fair to judge someone without knowing him or her."

Bring up the stereotypes your child sees in movies and on TVOpens in a new browser tab. "If you turn the sound off on cartoon shows and ask who's the good guy and who's the bad guy, kids know instantly by the way the characters appear."  The solution isn't to stop watching but to point out the problems you see. For instance, you could watch The Little Mermaid, with its enormous villain, Ursula. Then say, "It's a shame that overweight characters are depicted as evil. I know lots of nice people who are heavy."

You should also be honest about the fact that discrimination still exists. "If you talk about past inequalities and then tell your child, 'We've fixed that and we're all equal now,' it can actually encourage prejudicial beliefs because children will see remaining inequalities as the result of how hard people work.

For your child to become truly open-minded toward all people, you need to be a positive role modelOpens in a new browser tab. In a study in Child Development, the lone factor shown to reduce children's prejudice was whether their parents had a friend of another raceOpens in a new browser tab. "If you say, 'We should be friends with all kinds of people' but the only ones who come over for dinner are those who look like you, what's your child going to think?"

Lots of parents talk a good game about embracing diversity, yet subtly communicate something very different. Do you laugh when you hear a joke about a racial group? Are you willing to point out intolerance when you see it? "We know that kids learn from what they see more than from what they hear," Costello says.

Expose Your Child to Diversity Regularly

If you don't have the option of enrolling your child in a diverse school, look for ethnically mixed sports leagues, libraries, and parks. Attend multicultural festivals. Bring home books that depict kids of various backgroundsOpens in a new browser tab. Show interest in other religions and cultures, and build friendships with people who don't look like you. "If you want your child to become comfortable dealing with all types of people, you have to take her to places where she's going to encounter them."

"Why is that man's skin dark?"

"Skin contains something called melanin, which makes us different colors. Some people have more than others. We're all part of a beautiful rainbow, aren't we?"

"Why does that girl talk funny?"

"That's called an accent. Her family came from a country where they speak another language."

"Why is he in a wheelchair?"

"Some people's legs don't work, so they need a chair with wheels to get from place to place."

"Why is that woman so fat?"

"People come in all shapes and sizes, and that's what makes the world such an interesting place."

"Why does that man wear a funny wrap on his head?"

"That's called a turban. He wears it because it's part of his religion, like other people may wear a cross." 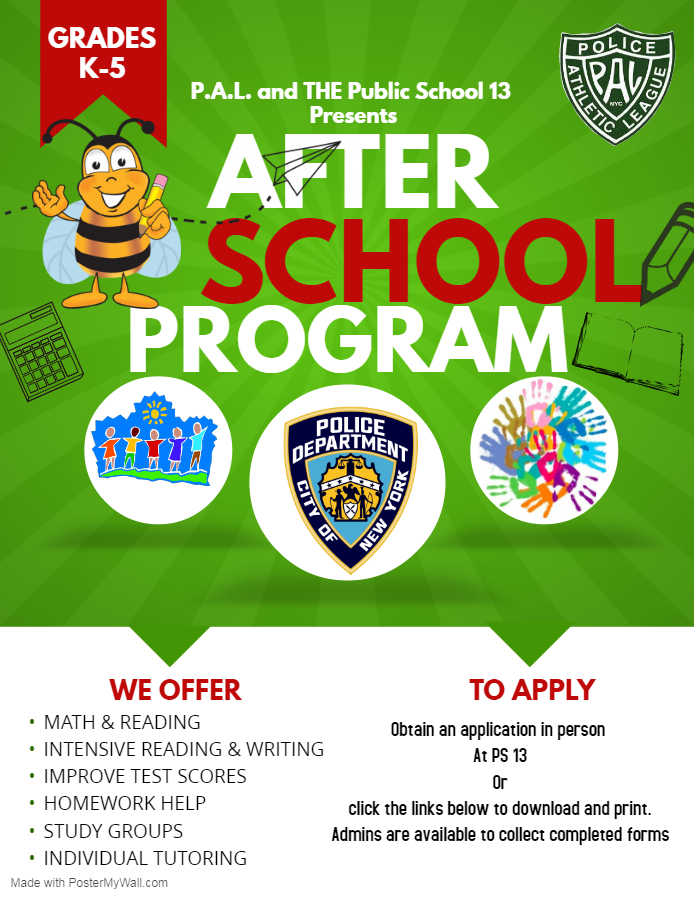 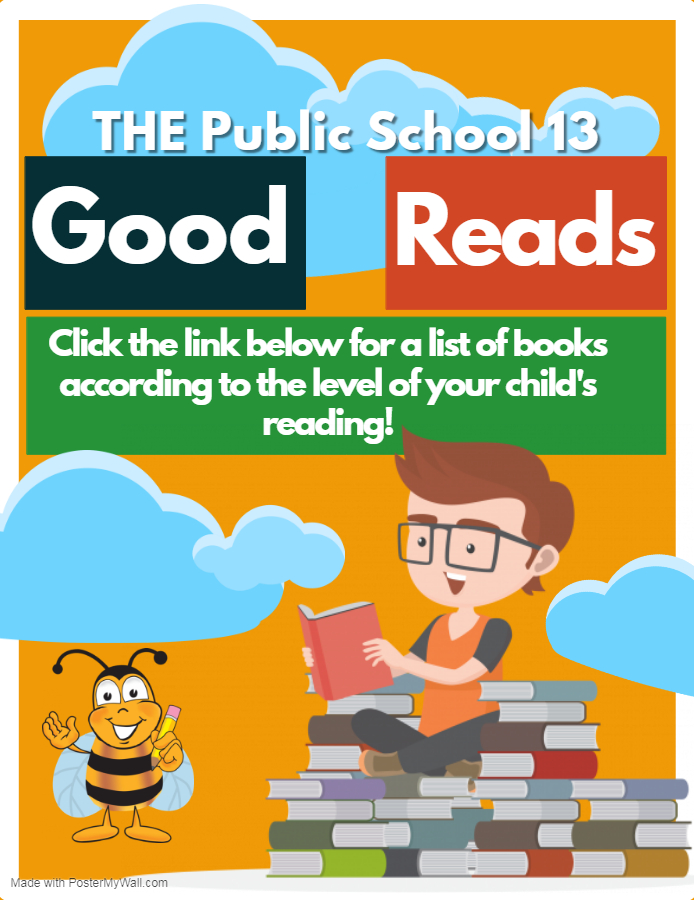 Several parents requested a break down of the prices of smencils that are available for the children to purchase. We've listed it all below for your convenience! 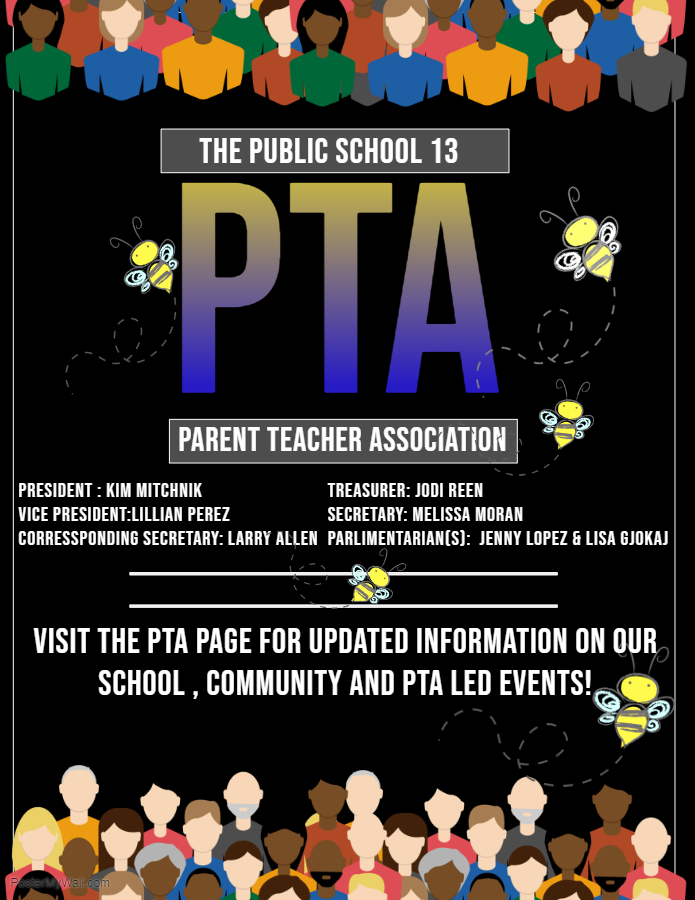 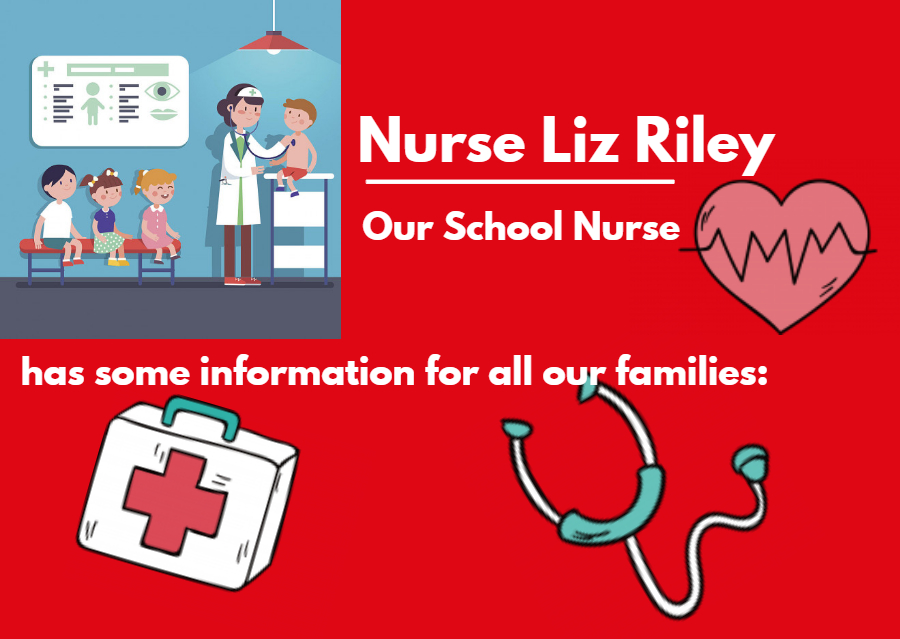 Dear Families:
Recently, a novel (new) coronavirus was detected in thousands of people worldwide, primarily in China. A "novel coronavirus" is a strain that has not been previously found in humans. This novel coronavirus can lead to fever, cough and shortness of breath. There are currently zero diagnoses in New York City, and the risk to New Yorkers is low. The City is monitoring the outbreak closely and working with our partners at the Centers for Disease Control and Prevention (CDC). Right now, everyone should go about their daily lives, but practice the same
precautions you do during cold and flu season: Cover your mouth and nose with a tissue or your sleeve (not your hands) when sneezing or coughing, wash your hands with soap and water often, and stay home if you are feeling sick. If you were recently in Wuhan, China and have a fever and either cough or shortness of breath, call your health care provider. At this time there is no need to cancel field trips.

To learn more, visit the Health Department’s website at nyc.gov/health and search: coronavirus. 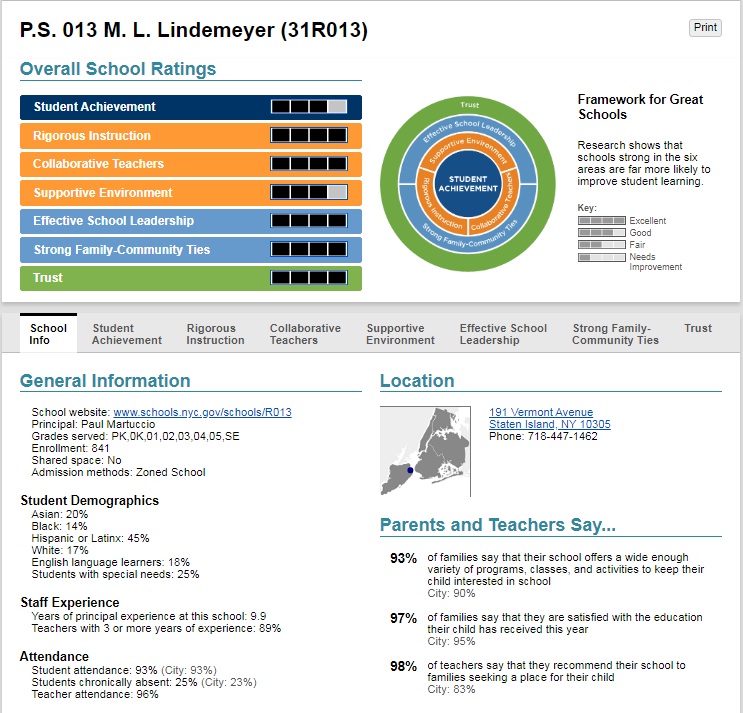 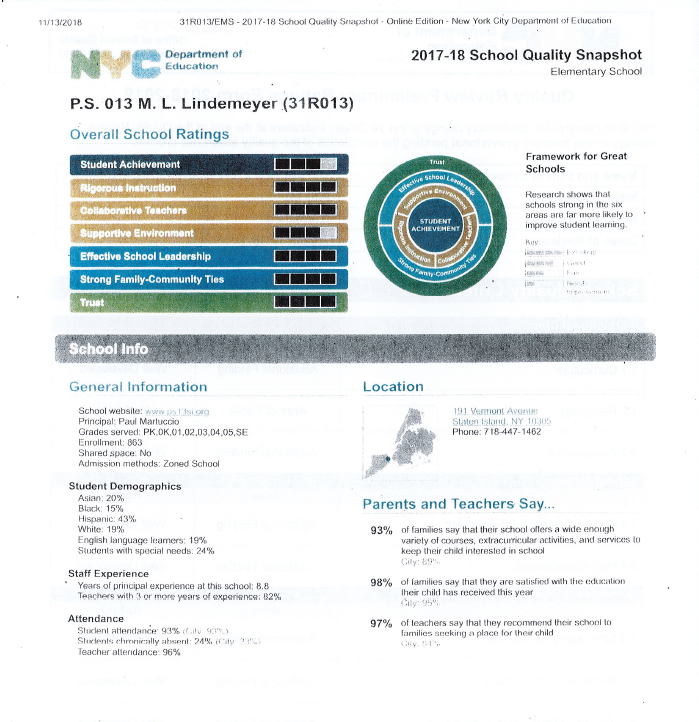 We are working to make this website easier to access for people with disabilities, and will follow the Web Content Accessibility Guidelines 2.0. If you need assistance with a particular page or document on our current site, please contact Teresa Richards, Parent Coordinator, to request assistance.